I was kindly contacted by Kitshack.com recently and asked to review a selection of their Autumn/Winter Buff collection. Being fairly new to the world of blogging, this was exciting! I chose a Buff for myself and Leo (Yep! They have a dog range! Although I didn’t go for matching styles) and they sent it out!

I’ve been waiting a little while to write this review. Not out of laziness or being too busy, but because I wanted to give the product a fair trial before I sat down and wrote about it.

If you’ve never heard of Buff, they’re a brand that sell a variety of multifunctional headwear. Talking to various different people about them, the initial response is “Oh! Those things that people wear for running?” or similarly “I think they sell those in Ski shops?”. The truth is, there is a HUGE range of Buff products designed for different activities.

So what does ‘multifunctional headwear’ mean?

Pull it up a bit, and it’s a face mask. Pull it right over your head and you have a full balaclava! You can wear a buff on your head like a headband or a bandana. You can even twist the top around and wear it as a hat! All in one single item that’s lightweight and breathable! Great!

Buffs are available in a huge range of colours and designs. They also available in kids sizes (which also come with Disney and Marvel designs) and a ‘slim fit’ size. I wasn’t sure whether to go for the slim fit option, but then I have another, similar item, from Decathlon that’s a little on the tight side, so I just ordered the regular size. 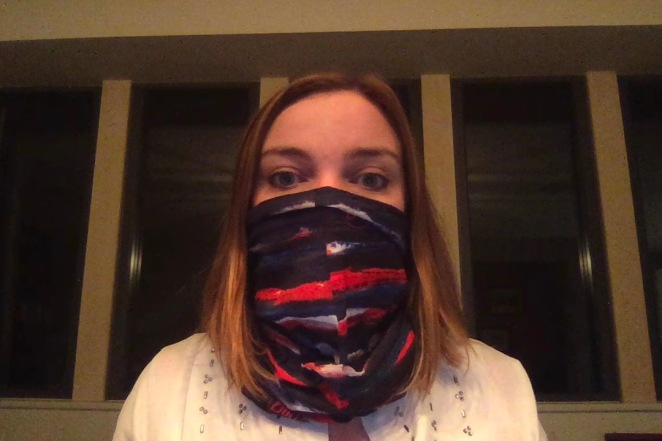 Buff have worked with well known, high performance fabrics in conjunction with the Buff style, so you can now get Buffs with Gore® Windstopper® sections, along with Polartec®, Thermolite® and merino wool. There is also a range that incorporates a reflective strip of 3M Scotchlight™ fabric for use at night – great for runners or cyclists out in the dark. Leo’s dog Buff has reflective strips on and I didn’t realise how useful this would be when he’s wearing it at night or in low light – he doesn’t have a light up collar or anything like that but the reflective strips were quite good when trying to spot him on a dark field!

Kitshack.com asked me to review an item from their Autumn/Winter Collection for myself, and one from their range of Dog Buffs for Leo.

I’m not new to Buff as a brand, so I do already have a few Buff products, including one with a Polartec® section and another which is knitted with a Polartec® lining. I mostly wear these for skiing, but also wear them for walking if it’s super cold outside.

Seen as I’m writing this for Wild Walks with Wine, I thought I’d take the opportunity to choose a product that I can wear for most of the year but that will be of most use to me on those blustery days where it’s not quite cold enough to wear the full Polartec® Buffs; I went for the Windproof Buff in purple, which incorporates Gore® Windstopper® fabric with the traditional Buff microfibre section.

Gore® Windstopper® is similar to Gore-Tex® in that it’s a laminate of different layers of fabric pressed together, designed to keep out the wind and rain but still allow moisture to get out. It’s lightweight and breathable, but unlike Gore-Tex®, it’s not completely waterproof.

For Leo I chose based on colour – his collar and lead are both red, so I went for a black and red checked pattern.

The products arrived from Kitshack.com in only a few days. In a world where you’re used to Amazon Prime, this feels like a long time, and if it’s a last minute purchase for a holiday, you’d be in trouble. But beggars can’t be choosers and I’ve been sent the items for free on the condition that I write a review and publish it on my blog.

After opening the products, and taking a quick selfie with Leo, we went out for a quick walk to the beach. Firstly, I did think that the Gore® Windstopper® section was softer and felt nicer against my skin than I had expected. I did feel that it’s a little on the big side for me, but I’d rather have it slightly too big than have it feel cloying against my neck.

The other thing that was a little disappointing was that there’s no seam on the Gore® Windstopper® section – it’s just cut. I don’t expect it to fray or anything like that but having the top edge folded over would give more of an impression of quality and would be softer against your face.

My first impressions weren’t particularly great to be honest, but I needed to try it out in more challenging conditions.

Leo seemed fairly indifferent towards his Buff, and to be honest, the Dog Buff is more of a fashion accessory than anything else. They sell these Buffs in the local pet shop, and on a recent trip to the Lake District I noticed them in a few of the outdoorsy shops up there. The reflective strips do make him a little easier to see in the dark, but he gets so dirty when we’re out walking that I don’t put it on him all the time, as I end up washing it so much! They just go in the washing machine though, so it’s not too difficult!

More of a test

Having worn my new Buff for a few weeks, here and there, mostly on fairly short walks with the dog, the real test came in the form of Storm Doris last week!

Since the Steamer across Ullswater was cancelled, we decided to do a walk straight from Glenridding. Having gone up to Lanty’s Tarn, we continued up the Hellvelyn route, but skipped Striding Edge as it was super windy and I had the dog with me – for those of you not familiar with Striding Edge, it’s a really narrow pass up to the summit of Hellvelyn. We went as far as Red Tarn, but once we got over the Hole-In-The-Wall, the wind got pretty crazy.

I was wearing my Windstopper® Buff and it was really a life saver, protecting my face from the wind and rain of Storm Doris. Sippy, my sister-in-law, who was walking with me was really struggling with the wind as she didn’t have a hat or Buff. I felt bad because I actually had a spare Buff back at the hotel! Ooops!

Although hiking conditions in the UK will rarely require a Windstopper® Buff, I’d definitely recommend it for any high speed sports such as skiing or snowboarding.

The Original Buff is probably a better choice for all round performance – you can wear it all sorts of ways, there’s loads of choice and they look great.

As for Leo, he’s not really bothered about wearing a Buff, I think he looks cute in it and I can see him in the dark, but for a dog it’s more of a fashion accessory.

For more information, visit Kitshack.com, or check out the Buff website. If you have a Buff, or have anything to add to this review, please feel free to comment or message me on Social Media; Facebook, Twitter (@wildwalkswine) or Instagram. Thanks for reading!